By: Owen Linzmayer
In: Africa, Challenge
Tagged: Mozambique
With: 0 Comments 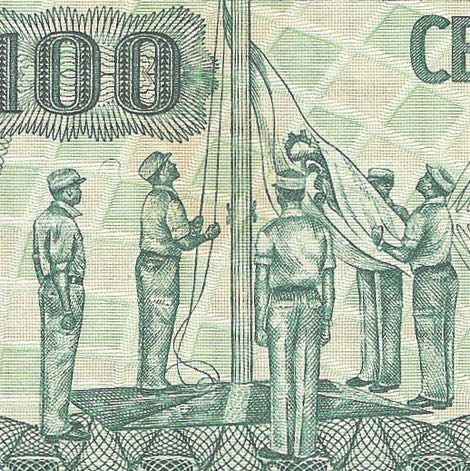 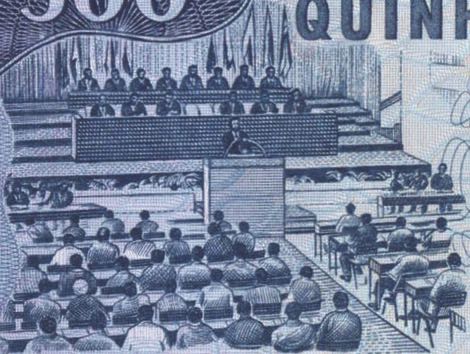 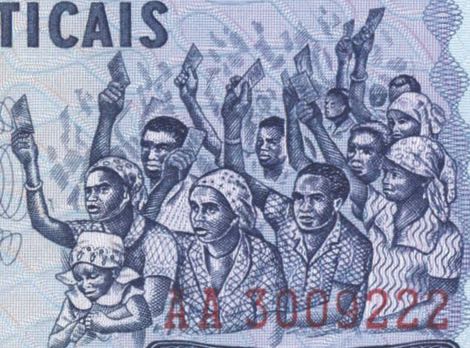 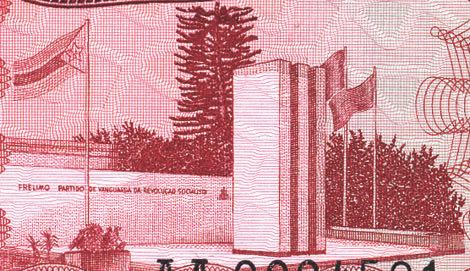 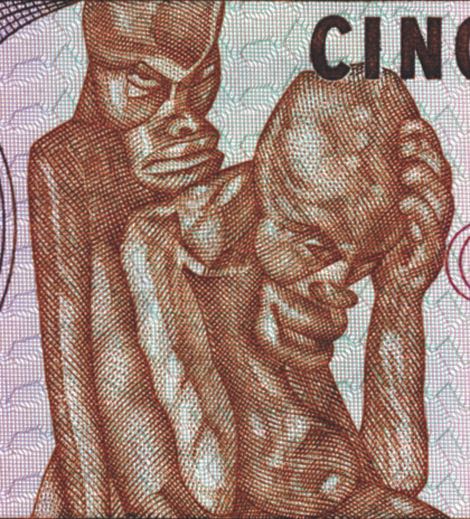 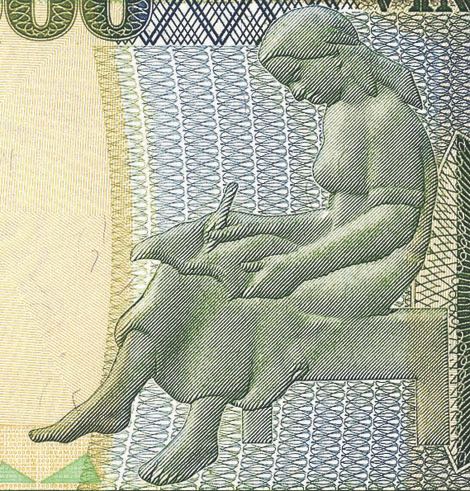 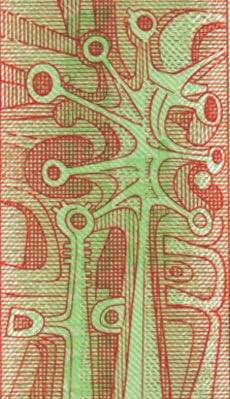 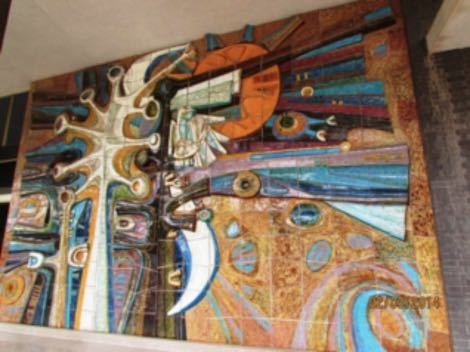 Today’s challenge is to identify the following vignettes from Mozambique’s banknotes.

If you can precisely identify the proper name of any of the following—or have a lead which you think might be useful—please send me an email, preferably including a URL which links to evidence supporting your identification.

The following two scenes appear on the front of Mozambique’s 500-metical note (P127) dated 16 de JUNHO DE 1980, so they may be related. The bottom scene could be a crowd waving their voter ID cards. However, I don’t like to publish guesses in The Banknote Book, so if anyone can properly identify this vignette, please do.

The following scene appears on the front of Mozambique’s 1,000-metical note (P128) dated 16 de JUNHO DE 1980. On the wall is inscribed FRELIMO [Frente de Libertação de Moçambique] PARTIDO DE VANGUARDA DA REVOLUÇÃO SOCIALISTA, so it appears to be a monument or memorial to liberation fighters, but I’ve been unable to find its official name or location.

IDENTIFIED: FRELIMO monument in Maputo in a small crescent-shaped square along Avenida Samora Machel, beside the old colonial Governor’s house (so called Casa de Ferro) and before the entrance gate of the Tunduru Botanic Gardens. At some point, the monument was replaced by a statue of the FRELIMO leader Samora Moises Machel, killed in a plane crash on 19 October 1986. Courtesy of Rocco Di Leone.

The following appears on the back of Mozambique’s 50,000-metical note (P138) dated 16 DE JUNHO DE 1993. Is this just decorative artwork, or does it have some other significance?