By: Owen Linzmayer
In: Central Asia
Tagged: Turkmenistan
With: 0 Comments 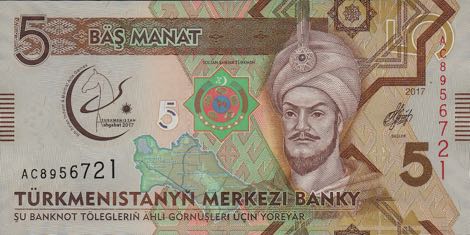 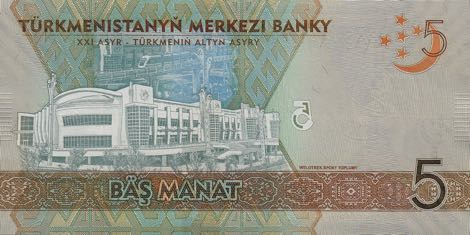 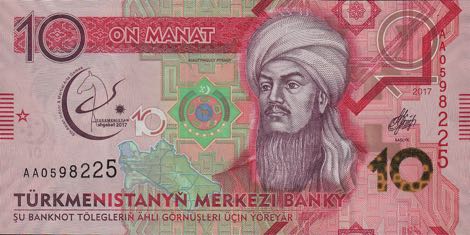 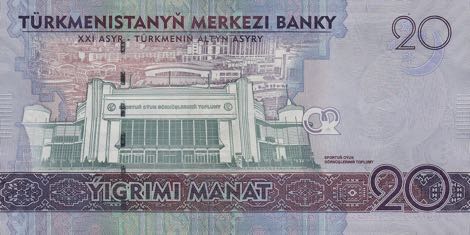 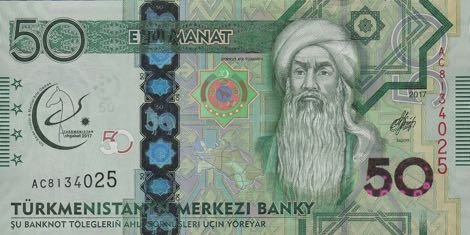 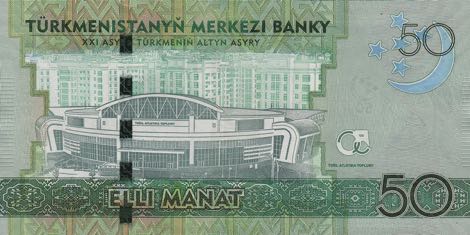 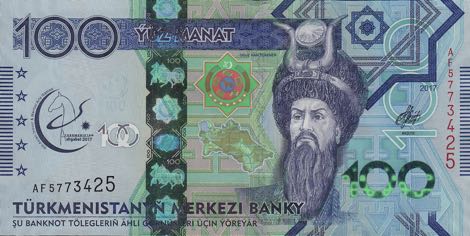 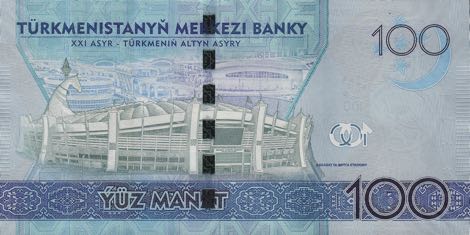 These notes commemorate the 5th Asian Indoor & Martial Arts Games, held in Ashgabat, Turkmenistan from 17 to 27 September 2017. The front of each note is like the preceding issue, but with the addition of the Ashgabat 2017 logo on the watermark area at left.The back of each note depicts a new architectural building erected in the Turkmen capital in honor of the games. Anti-counterfeiting features have also been enhanced. The games logo is “executed by a special press method,” and the two lowest denominations’ nominal figures are printed in OVI, and on higher denominations printed with SPARK Live. These new notes are legal tender, and circulate in parallel with notes dated 2009, 2012, and 2014.