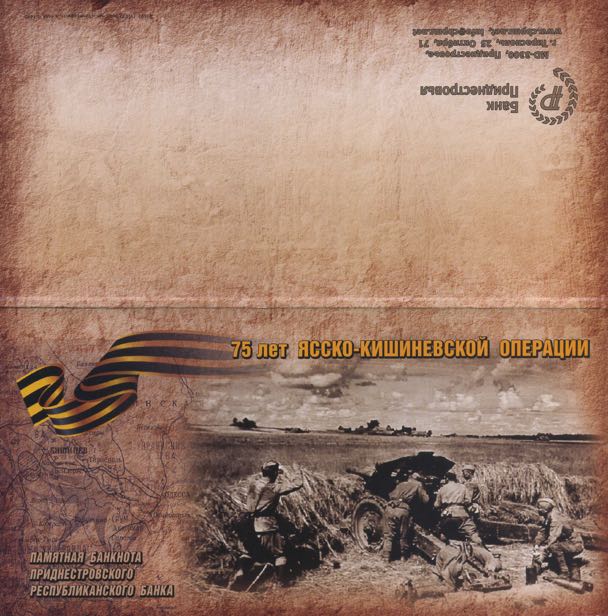 On 20 August 2019, the Trans-Dniester Republican Bank introduced 1-ruble notes commemorating the 75th anniversary of the Jassy–Kishinev Operation, a Soviet offensive against Axis forces, which took place in Eastern Romania from 20 to 29 August 1944 during World War II. 1,500 notes were packaged in folders.