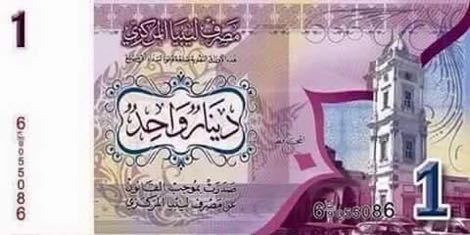 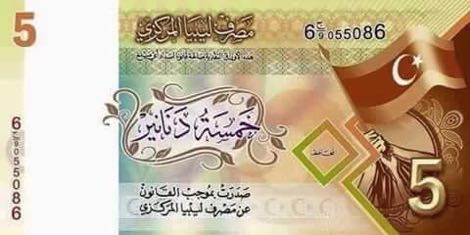 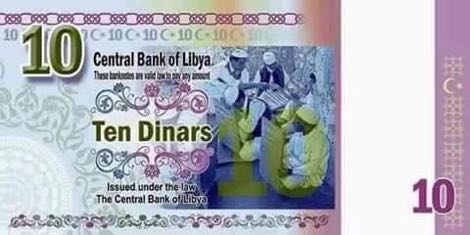 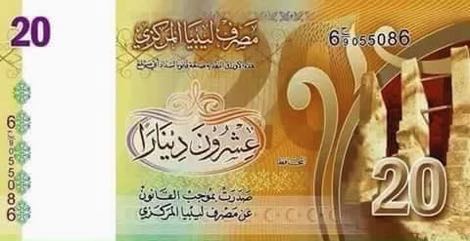 These images are reportedly of the dinar notes intended for the bank in eastern Libya.

According to an article in The Guardian dated 20 May 2016, there are reports that Libya’s unity government may be undermined by the introduction of two different sets of new dinar notes from competing central banks: the UN-recognized Tripoli government led by Fayez Sarraj and the Tobruk-based parliament loyal to General Khalifa Haftar in the east. Apparently De La Rue has recently delivered new notes to the Tripoli bank, whereas Ali Salim al-Hibri, once recognized as the bank governor by the International Monetary Fund, claims to have printed dinars with the help of the Russian state (Goznak). While no images of either notes are yet available, “The two currencies would have different serial numbers, security details and watermarks, diplomats say.”