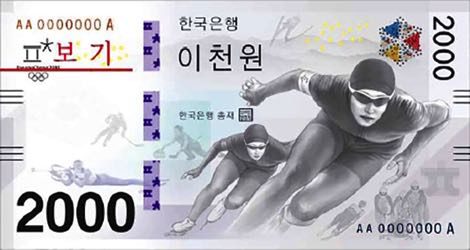 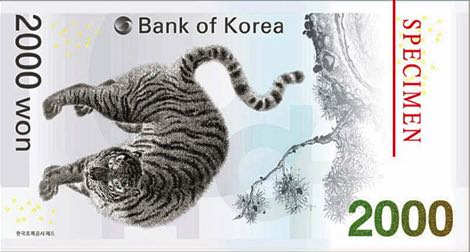 According to an article on KOREA.net dated 20 December 2016, in 2017 the Bank of Korea plans to introduce 2.8 million new 2,000-won notes to commemorate the Winter Olympic Games to be held 9-25 February 2018 in PyeongChang. The front features athletes from seven winter sports events (biathlon, ice hockey, curling, speed skating, ski jumping, luge, and bobsled), whereas the back features a tiger and a pine tree from by Joseon-era artist Kim Hong-do’s painting, Songhamaenghodo.