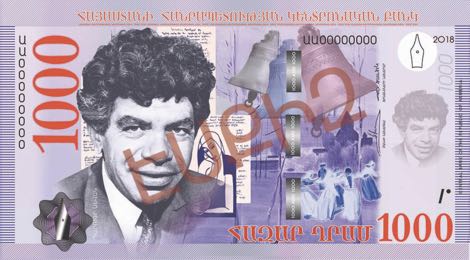 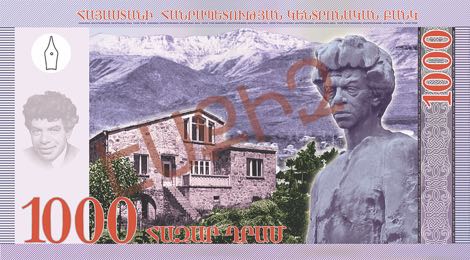 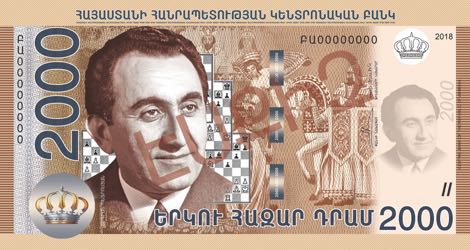 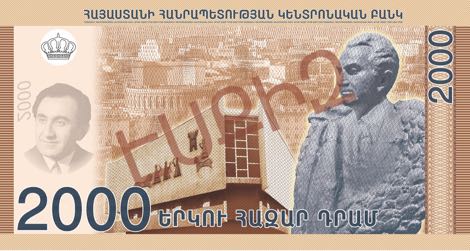 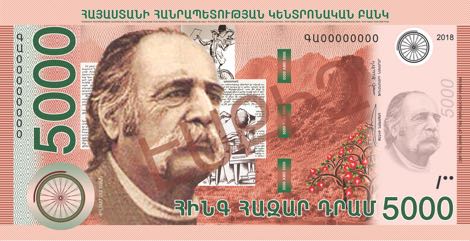 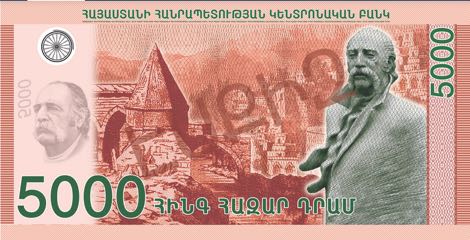 On 22 November 2017, the central bank unveiled the following designs for the third family of notes, to be introduced into circulation one year later, on the 25th anniversary of the dram, the national currency. These notes were designed by Edward Kurginyan, Vardan Vardanyan, and Suren Simonyan, but considerable changes are likely to be appear on the actual notes printed by Giesecke & Devrient, Germany. The new notes will continue to circulate in parallel with the existing notes. No new 100,000-dram note is planned.
2017-11-22
Previous Post: Kazakhstan new 5,000-tenge note (B150a) confirmed
Next Post: Israel new 20-new shekel note (B442a) confirmed