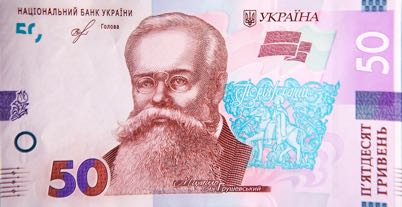 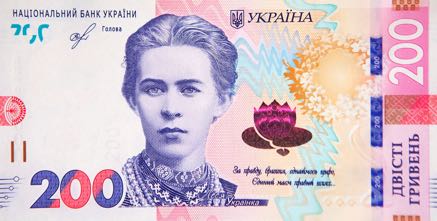 “The updated banknotes inherit the design features of the new-generation 20-, 100-, 500-, and 1,000-hryvnia bills. They retain the main images depicted on the previously issued 50- and 200-hryvnia bills and are similar in size and color range.

At the same time, both of the upgraded banknotes carry enhanced security features. In particular, the bills have more pronounced embossed elements, including features for visually impaired individuals. The UV and IR protection of the bills has been improved. The serial number, printed in black using a font where characters vary in height, runs vertically down the right edge of the bill’s reverse.

In addition, two innovative security features have been added to the upgraded 200-hryvnia banknote and the new-generation 100-, 500-, and 1,000-hryvnia bills. One of these security features is an optically variable element known as SPARK, which is made in the shape of a stylized image of a water lily, and changes colors as the banknote is tilted. The other security element is a window thread that features the denomination and the hryvnia symbol. The thread produces a dynamic light effect where the background image moves in a different direction as the banknote is tilted.”