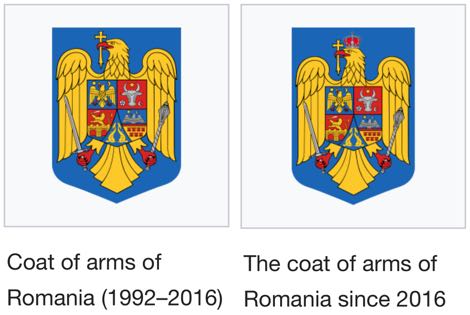 On 8 June 2016, the Romanian parliament adopted a draft law which restores the crown on the head of the gold eagle in the country’s coat of arms. Pursuant to the provisions of Articles 14 and 17 of Law No. 312/2004 on the Statute of the National Bank of Romania and of Law No. 146/2016 amending Law No. 102/1992 on the country’s coat of arms and seal, existing banknotes will continue to circulate in parallel with new notes and coins until 31 December 2018. Beginning 1 January 2018, Banca Nationala a Romaniei began issuing revised notes like the preceding issues, but with the new coat of arms and a new date.