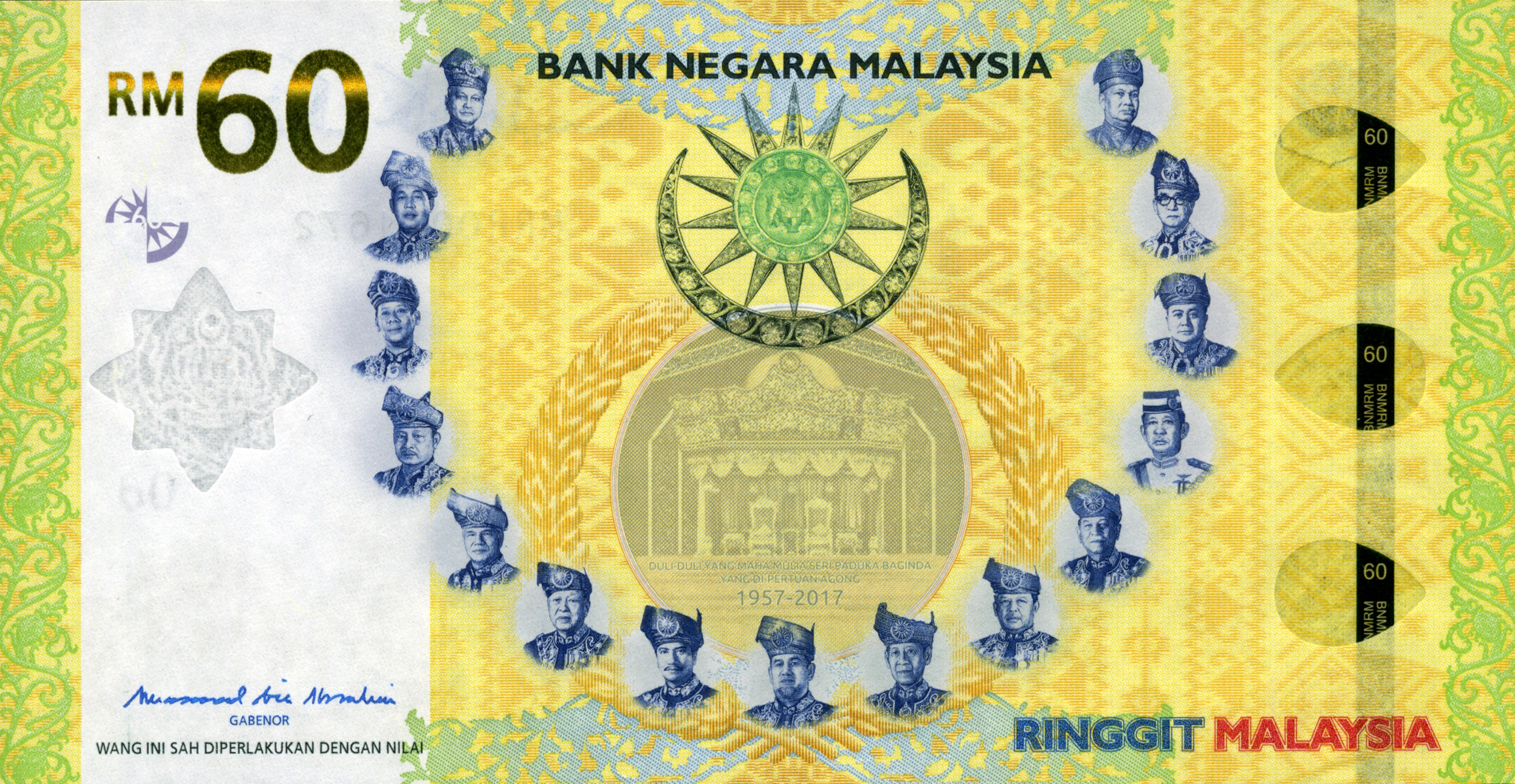 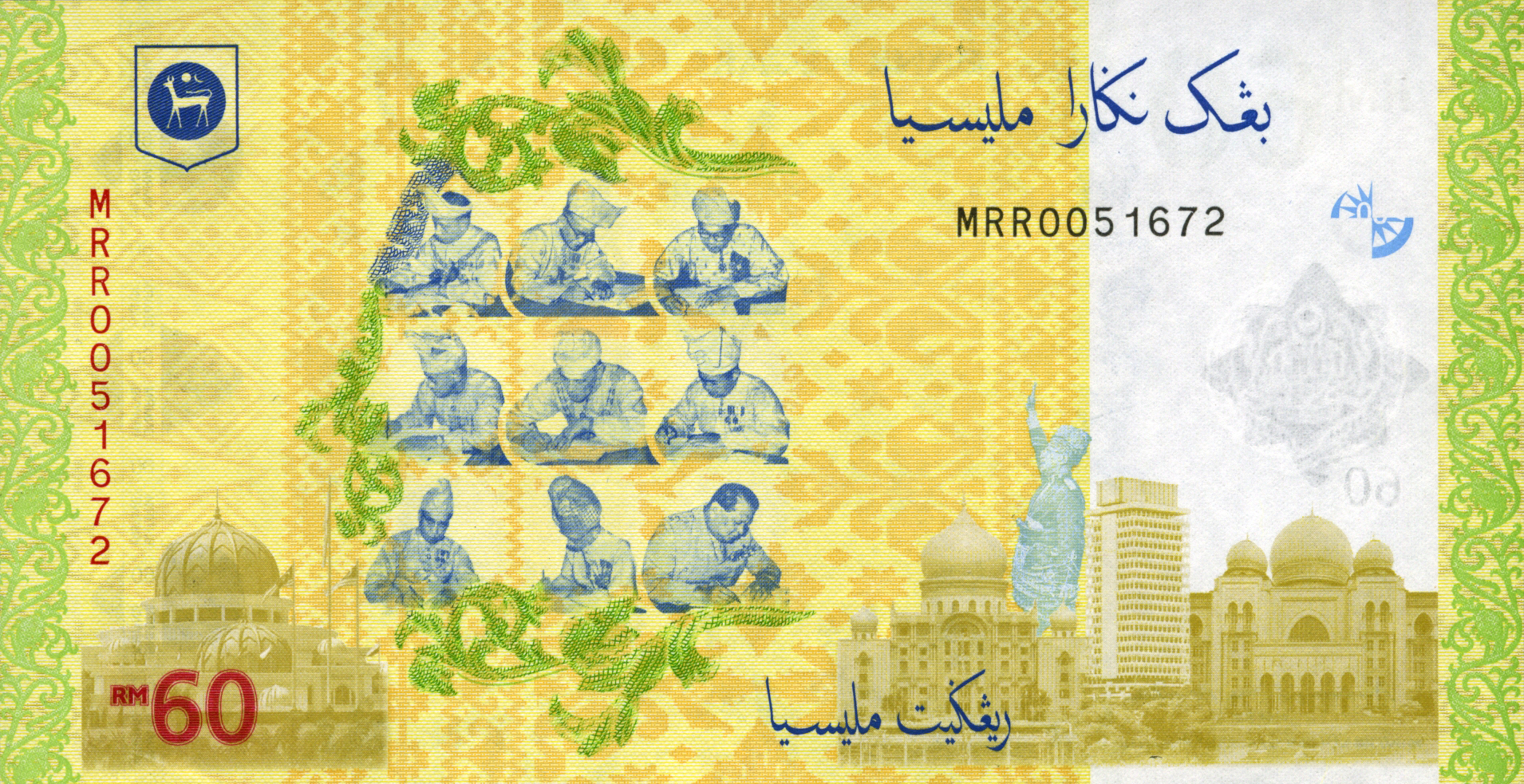 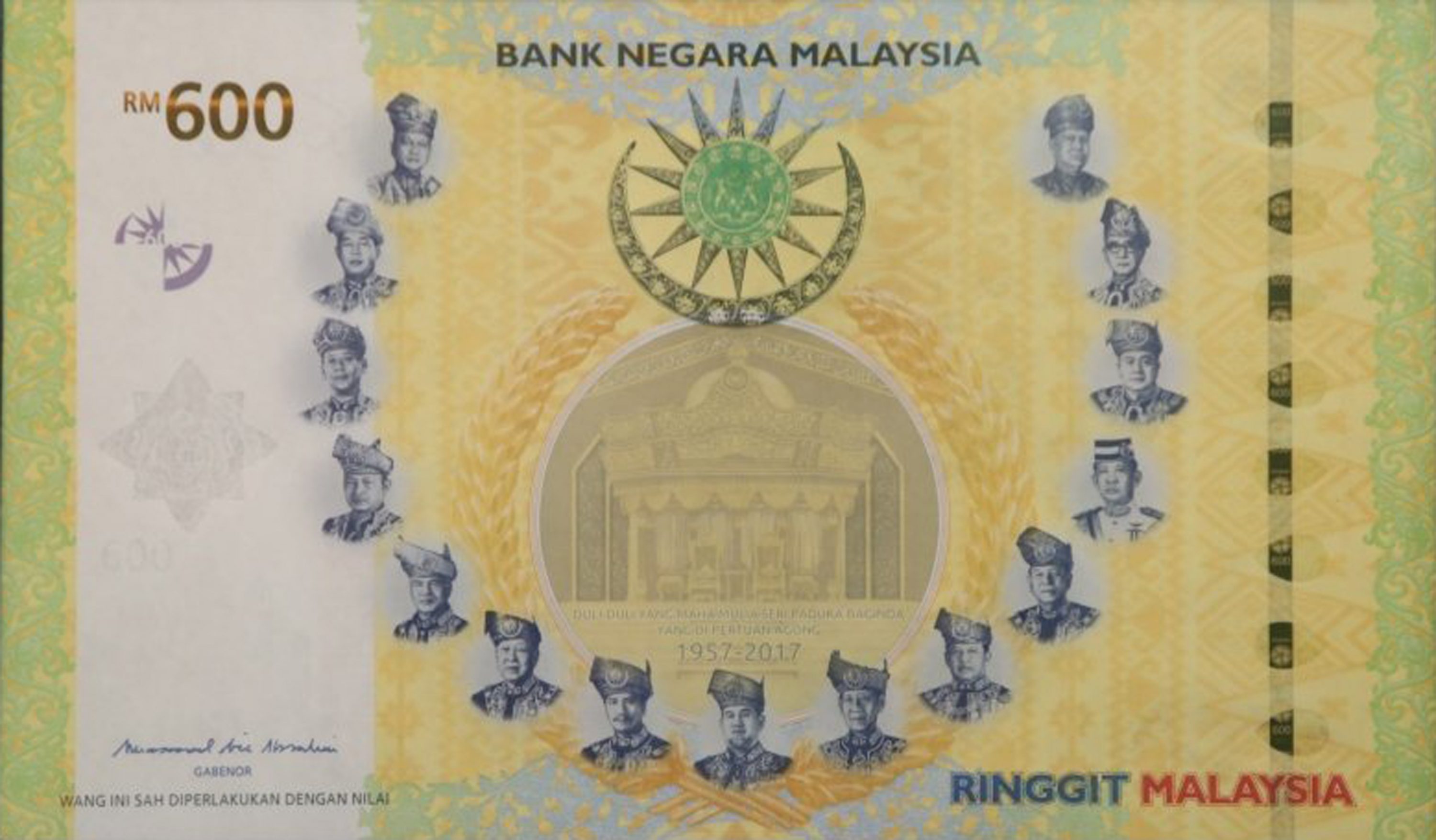 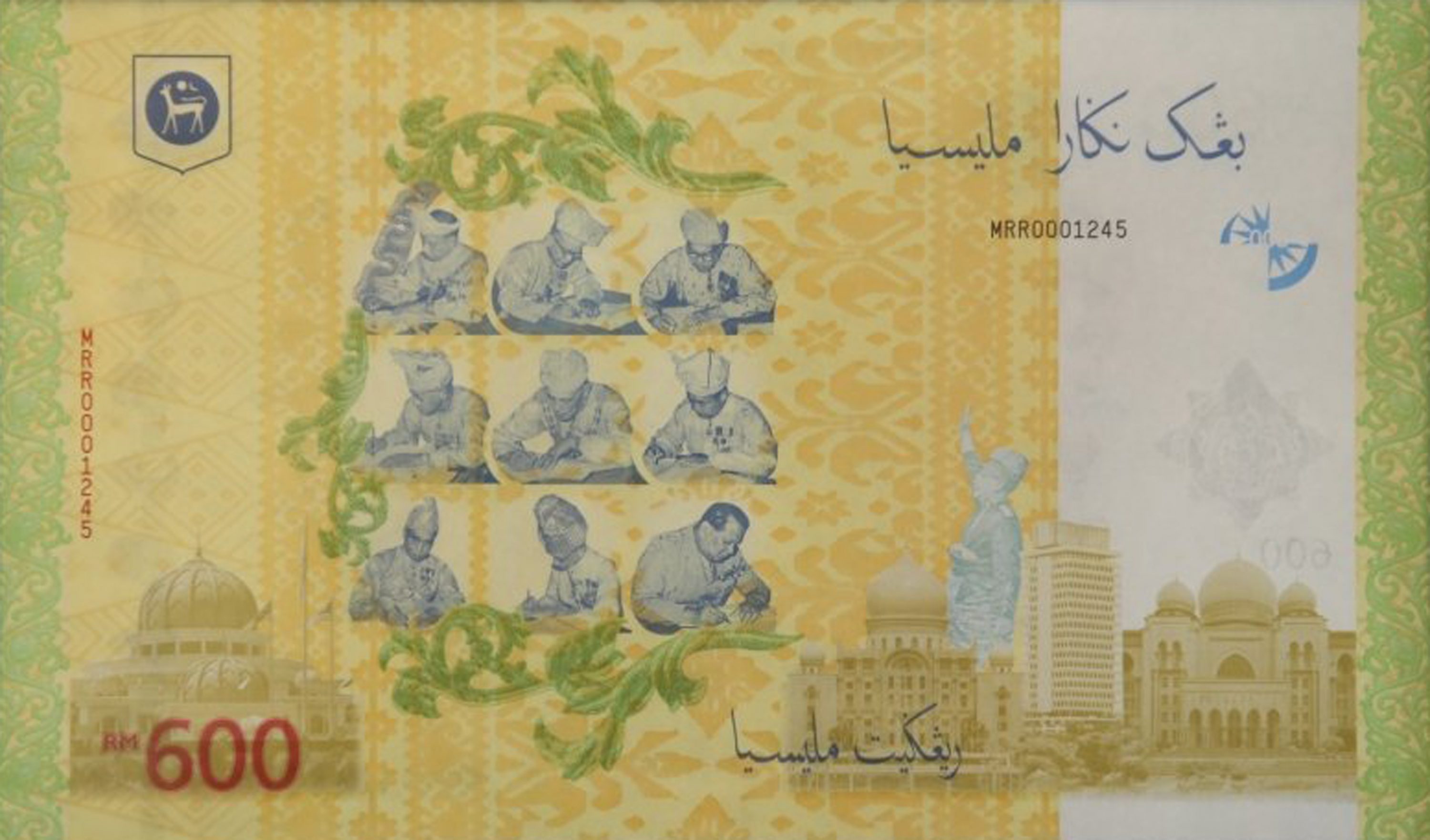 According to a 14 December 2017 press release, Bank Negara Malaysia is issuing commemorative banknotes in conjunction with the 60th anniversary of the signing of the Federation of Malaya Independence Agreement.

The 600-ringgit note is larger than the Philippines 1998 100,000-peso note measuring 355 x 215 mm, which the Guinness Book of World Records heretofore considered to be the physically largest legal tender note ever issued.

The public can place their orders online from 5 January 2018. In the event of oversubscription, balloting will take place. Banknotes with special serial numbers will be sold via public auction on 10 March 2018.