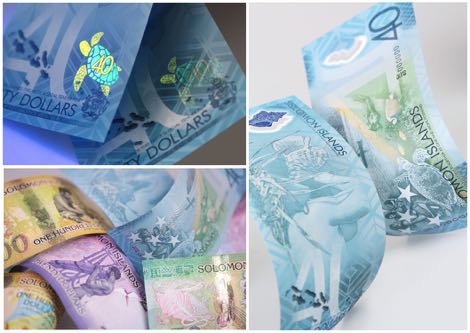 According to a Central Bank of the Solomon Islands press release dated 5 July 2018 as well as a De La Rue press release of the same date, on 7 July 2018, the Central Bank of Solomon Islands introduced a new legal tender 40-dollar polymer banknote and 2-dollar colored coin to commemorate the 40th anniversary of independence. 100,000 notes were printed by De La Rue, and the coins were minted by the Royal Australian Mint. The theme of the note is a celebration of independence with the phrase “A call to the nation to come together as one and move forward.”