Mexico to release new family of notes starting in November 2006 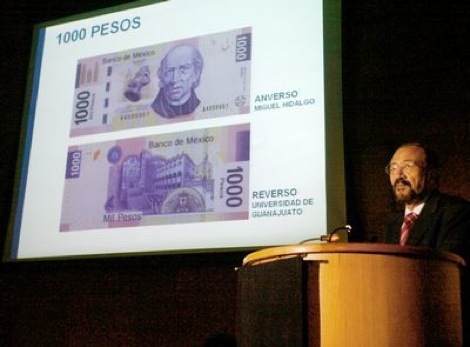 In September 2006, the Bank of Mexico outlined its plans to issue a new family of banknotes designed primarily to improve security and ease identification by the blind through the use of different tactile marks and varying sizes for each denomination. The colors and overall designs of the current series of notes will remain unchanged to avoid confusion. The lone exception is the new $500, which will feature Diego Rivera and Frieda Kahlo.

The first note of the new series will be the $50, to be released in November 2006, followed by the $20 in 2007. Both of these denominations will be printed on polymer, which — in the bank’s experience with the current polymer $20 (Pick 116) — lasts three times longer than paper.

The remaining denominations will be printed on paper, with the $200 and $1,000 appearing in 2008, and the $100 and $500 slated for 2009. The current notes will remain legal tender and will be gradually removed from circulation.