By: Owen Linzmayer
In: East and Southeast Asia
Tagged: South Korea
With: 0 Comments 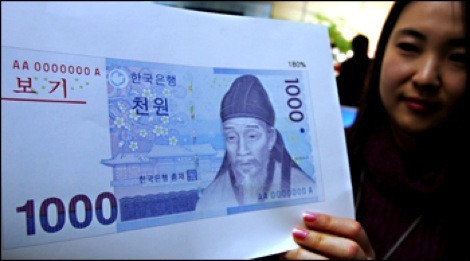 The Bank of Korea (BOK) announced that newly-designed 1,000- and 10,000-won notes with strengthened anti-forgery features will begin circulating on January 22, 2007. For more information, read this The Korea Times article and this one.

Update (12/22/06): Lawmakers were poised to approve the introduction of larger denominations as early as 2008.