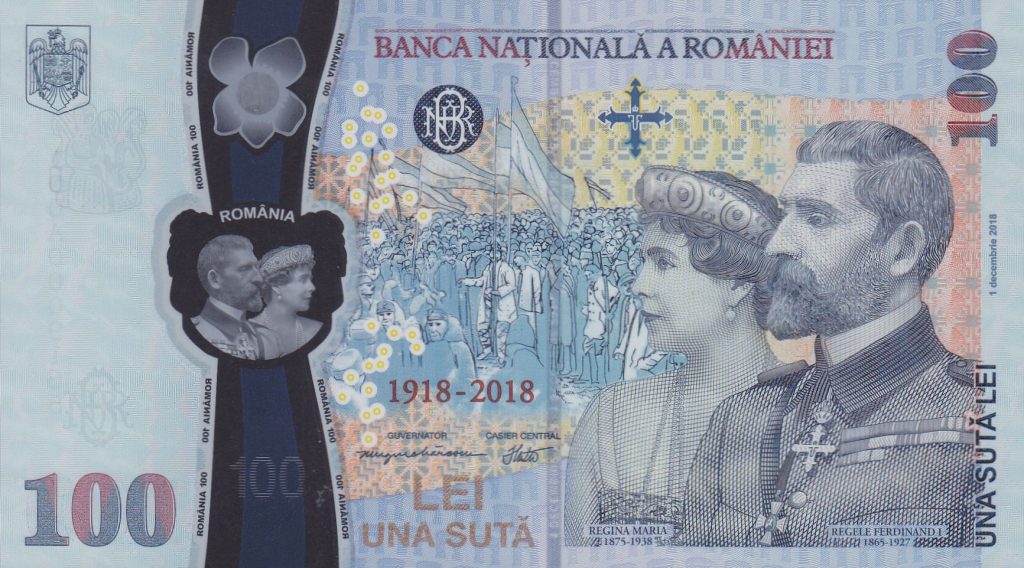 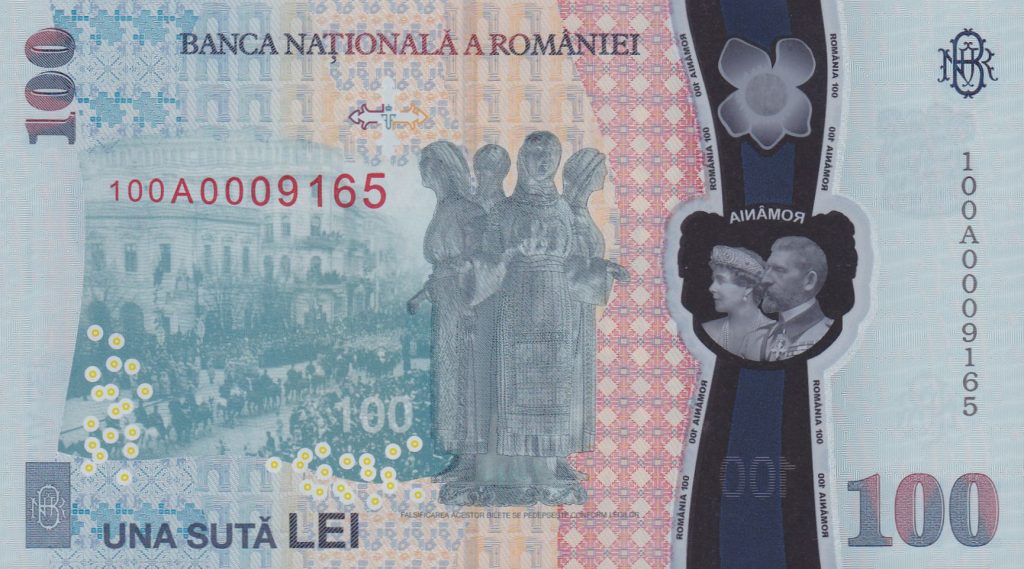 According to a press release dated 29 November 2018, on 1 December the National Bank of Romania introduced a 100-leu polymer note commemorating the 100th anniversary of the Great Union. The front depicts King Ferdinand I and Queen Maria, and the Great National Assembly in Alba Iulia, on 1 December 1918. The back depicts the arrival of the royal cortege in Bucharest, on 1 December 1918, and part of the mace of King Ferdinand I, together with four women in folk costumes typical of each united Romanian province: Bessarabia, Romania, Transylvania and Bukovina. 10,000 notes will be sold with leaflet for 150 lei each.