By: Owen Linzmayer
In: South Asia
Tagged: Bangladesh
With: 0 Comments 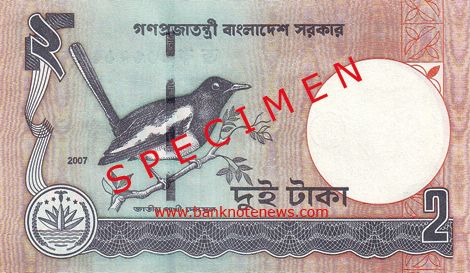 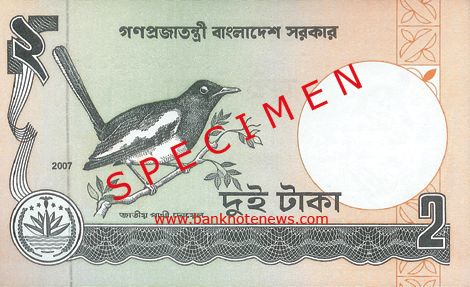 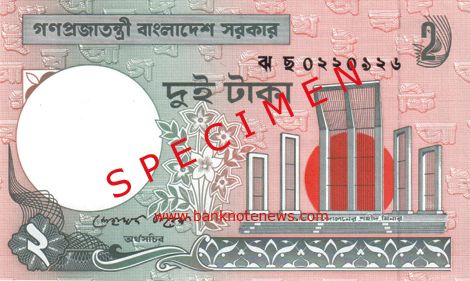 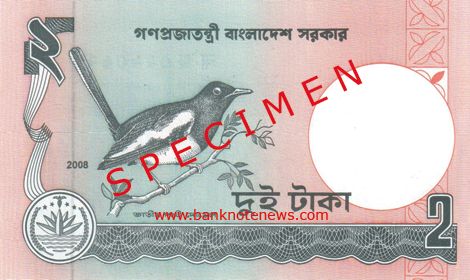 As previously reported, on 27 January 2007, the Bangladesh Bank issued a 2-taka note (US$0.03) dated 2007. This note is like Pick 6C, but has the new date on back, a new signature (Siddique ur Rehman Chaudhry, Finance Secretary), and a windowed security thread on back (see first image below).

However, a new variety also dated 2007 has been reported, but this one appears to be printed on the same paper previously used on this denomination through the year 2004. This note contains a solid embedded security thread, not a windowed thread (see second image below). Please note that the differences in the colors of these images is most likely a result of the notes being scanned with different computer equipment and is not a reflection of a change in the color schemes of the notes themselves.

A new 2008 dated note has also been reported with the signature of Mohammed Tarek, and it too uses a solid security thread (see bottom set of images below).