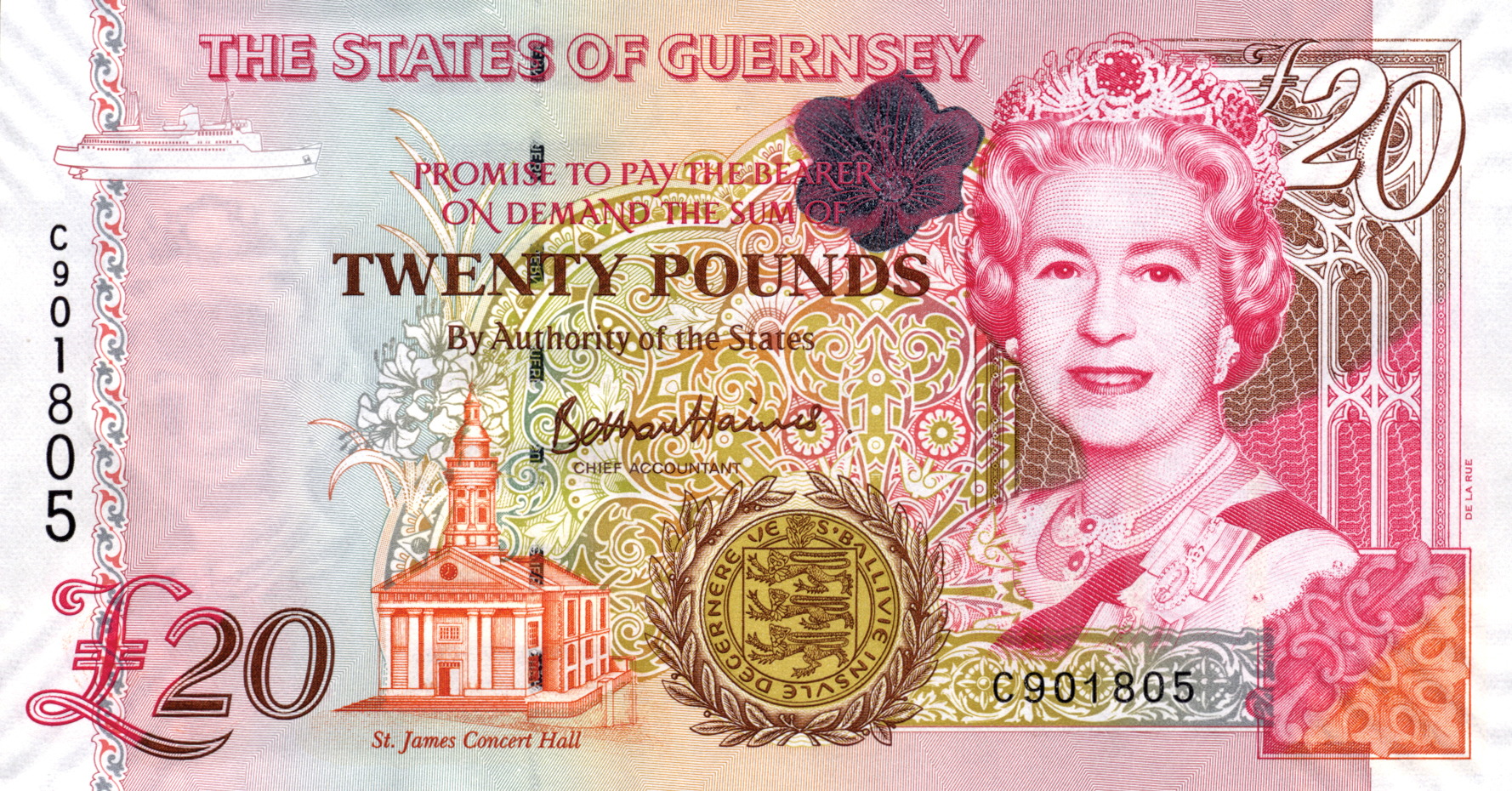 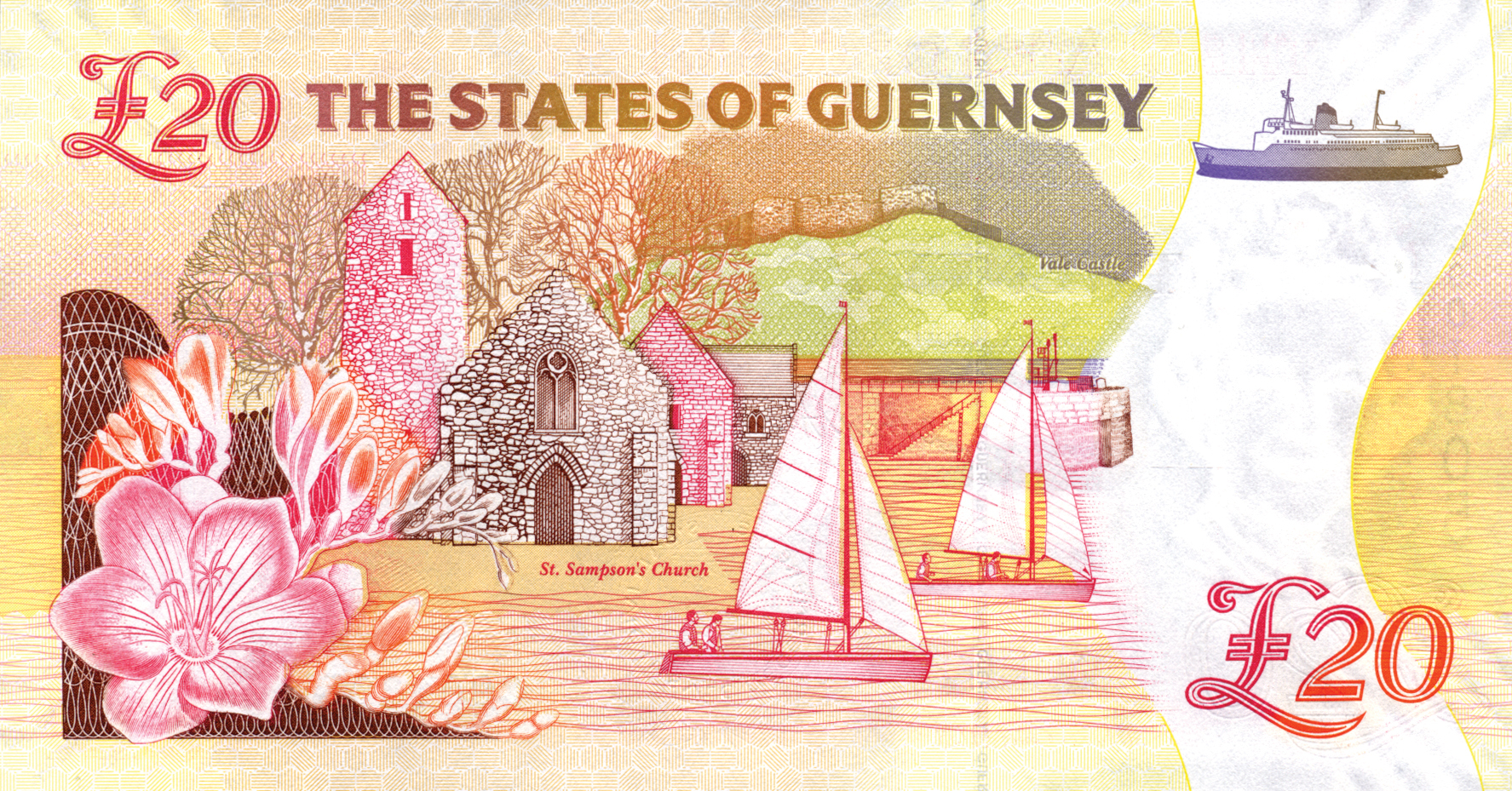 Pam West, a dealer who specializes in British notes, sends word that Guernsey has issued a £20 (US$32) with the signature of Bethan Haines as CHIEF ACCOUNTANT. The first prefix is C900001. The note is like B163, but the wording on the back is darker, the righthand underprint is moved 5 mm to the right. The note has a new 1.4-mm StarDust windowed security thread and a new watermark with a larger portrait which has more contrast. Also there are Cornerstone watermarks in the four corners. The Guernsey Fresian is depicted as a shape in silver foil, overprinted with Intaglio ink. The undated note bears a new imprint of DE LA RUE. According to visitor Kai, this note was introduced 04.06.2009.
Courtesy of Pam West.
2009-07-07
Previous Post: Kyrgyzstan new 5,000-som note confirmed
Next Post: Hungary new date (2008) 2,000-forint note (B583b) confirmed