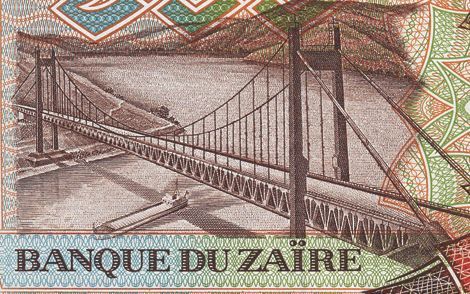 Thanks to everyone who helped positively identify the following features which appear on the back of some banknotes from Zaire and the Congo Democratic Republic.

I find it curious that many countries are proud enough to feature certain places, people, and objects on their notes, yet they fail to label these vignettes. As a result, it’s possible that their significance may be lost on future generations. That’s why I strive to provide detailed identifications of all elements depicted on notes in my new catalog. If you enjoyed the detective work as much as I did, keep your eyes on this site for future hunts.