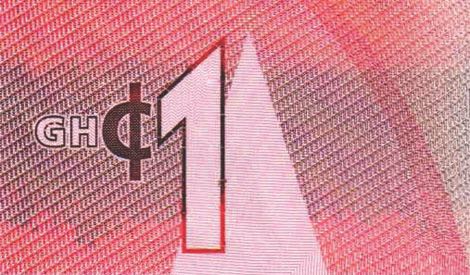 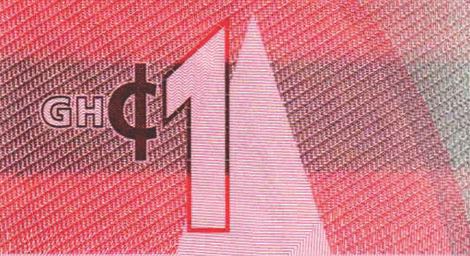 On early 1-cedi notes dated 6th MARCH 2010, the watermark is Tetteh Quarshie, a cacao pod, and Cornerstones. On later issues with the same date and signature, an electrotype denomination numeral has been added.

Collectors are encouraged to check the other denominations also dated 6th MARCH 2010 to see whether they can confirm any without the electrotype denomination in the watermark, or if this variety appears on the 1-cedi notes only.

In addition to the different watermark, there’s also a change in the brown underprint bar to the left of the words BANK OF GHANA on the front of the note. On the earlier 2010 notes, the bar is ragged with ill-defined edges, but on later 2010 notes, the bar has straight edges, as on the 2007 notes.