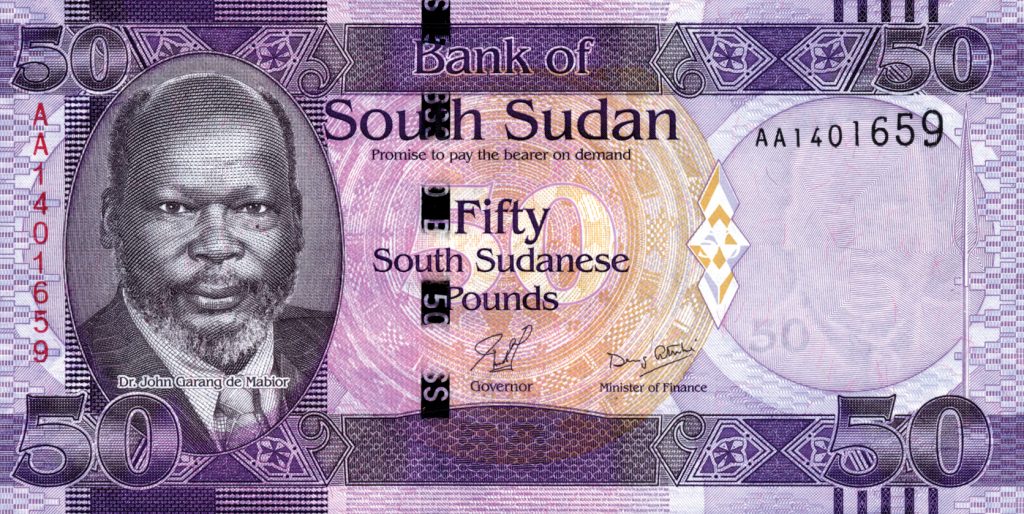 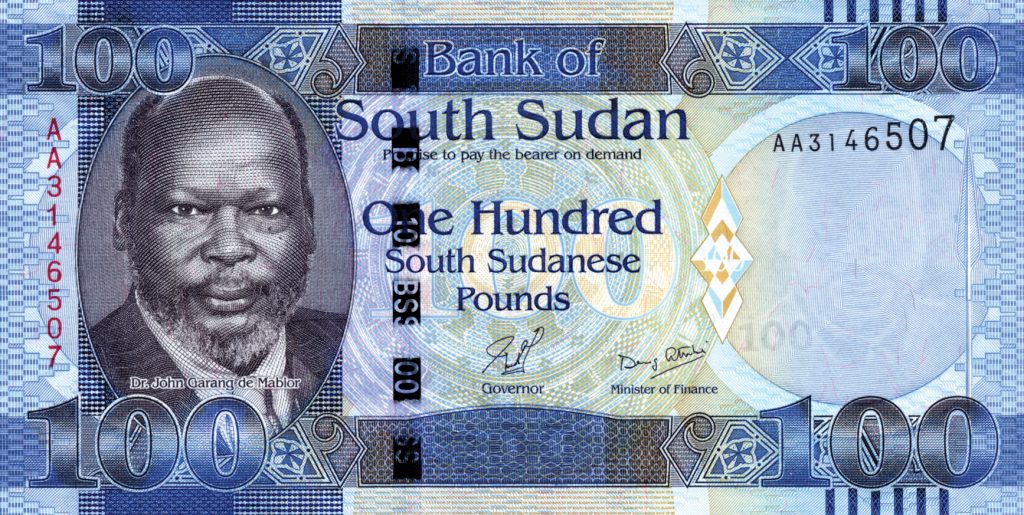 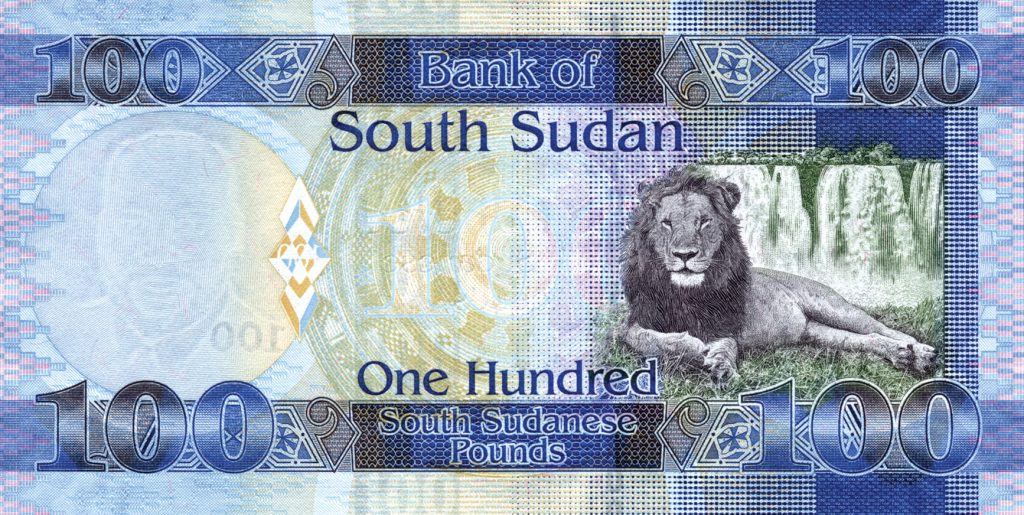 According to an Al Jazeera article dated 11 July 2011 as well as a BBC article dated 11 July 2011, South Sudan—which just gained its independence on 9 July—will introduce its own currency next week [update: the notes officially entered circulation on 18 July]. The South Sudan pound notes feature a portrait of rebel leader John Garang on the front, while the backs contain images of the country’s culture and wealth. Finance Minister David Deng Athorbei said plane-loads of the South Sudan pound would arrive in the capital, Juba, on 13 July and would be in circulation by 18 July. The new notes, printed by De La Rue, will be exchanged at par for the existing Sudanese pounds. The Bank of South Sudan will issue six denominations – 1, 5, 10, 25, 50, and 100 pound – and the notes are signed by Elijah Malok as “Governor” even though he has not been officially appointed to the position.

Meanwhile, Sudan has announced that it will issue new notes of its own. The Central Bank of Sudan issued a new series of pound-denominated notes just four years ago.