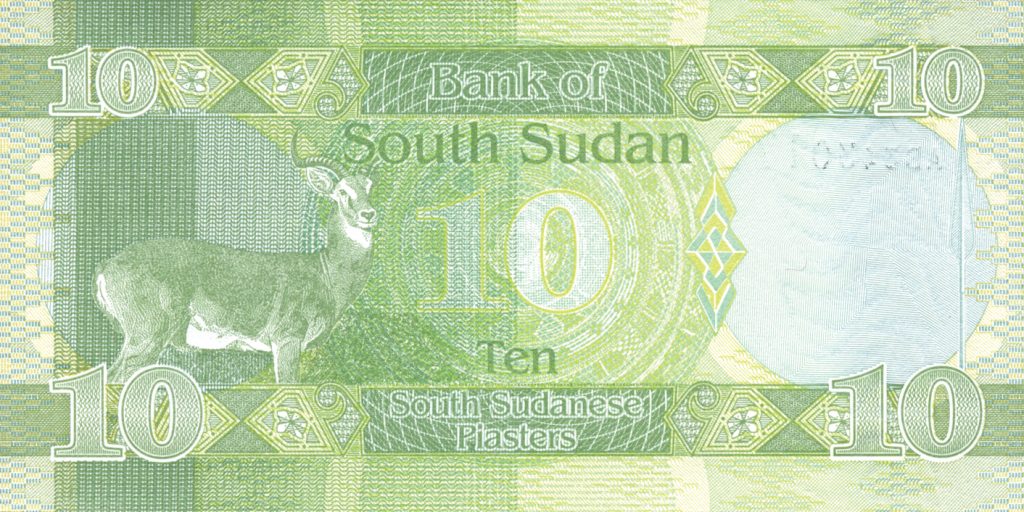 According to various news reports, on 19 October 2011 the Central Bank of South Sudan issued new notes in the denominations of 5, 10, 25, and 50 piasters. These low-value notes will make it possible to purchase smaller items that cost less than a pound (1 South Sudan pound = 100 piasters), said Governor Kornelio Koriom. The new piaster notes are reportedly printed by De La Rue, which also produced the pound-denominated notes introduced on 18 July 2011. Further reports indicate that the 50-piaster denomination was dropped in favor of a coin.

Curiously, the currency is spelled piaster, not piastre, and the signatures remain the same as on the pound-denominated notes, even though the governor was replaced shortly after their introduction, which means these notes must have been planned well before his removal. To differentiate the designs from the higher denominations, the piaster notes have the portrait at right instead of left, and they do not have windowed security threads.