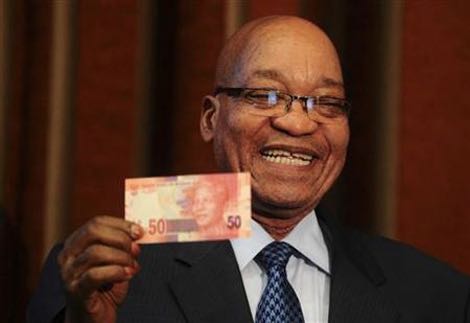 According to a press release dated 11 February 2012 (22 years after Nelson Mandela was freed), the South African Reserve Bank is in the process of producing a new series of banknotes which “will have the same denominations, sizes, and colors but the front of all notes will carry a specially designed engraving of former President Nelson Mandela. The reverse side of each denomination will have an image of one of the big five [lion, leopard, elephant, buffalo, and rhino].” The new notes are expected to be issued “towards the end of 2012.”