By: Owen Linzmayer
In: Europe
Tagged: Serbia
With: 0 Comments 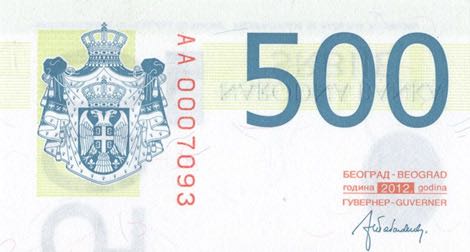 “Further, a need was recognised to change the existing denomination structure, particularly in terms of replacing the 1000-dinar banknote which is dominant in the structure of circulating cash – around 70% in the nominal amount and around 33% in the quantity of circulating banknotes. This change would contribute to a reduction in the total number of circulating banknotes, while maintaining the same nominal quantity. Besides, this would help reduce the costs of manufacturing banknotes and cash manipulation (counting, processing, transportation, vault storage etc).”