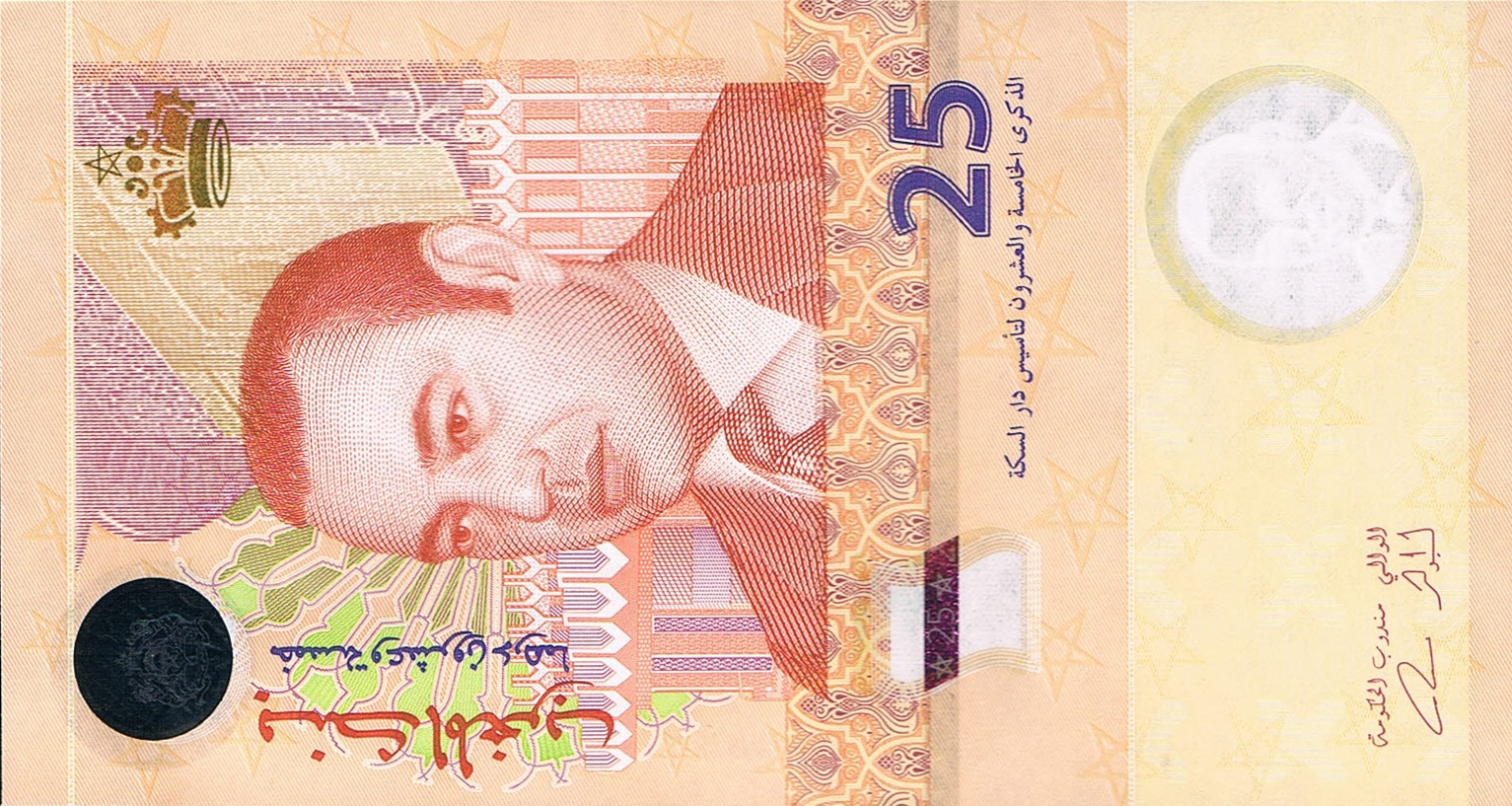 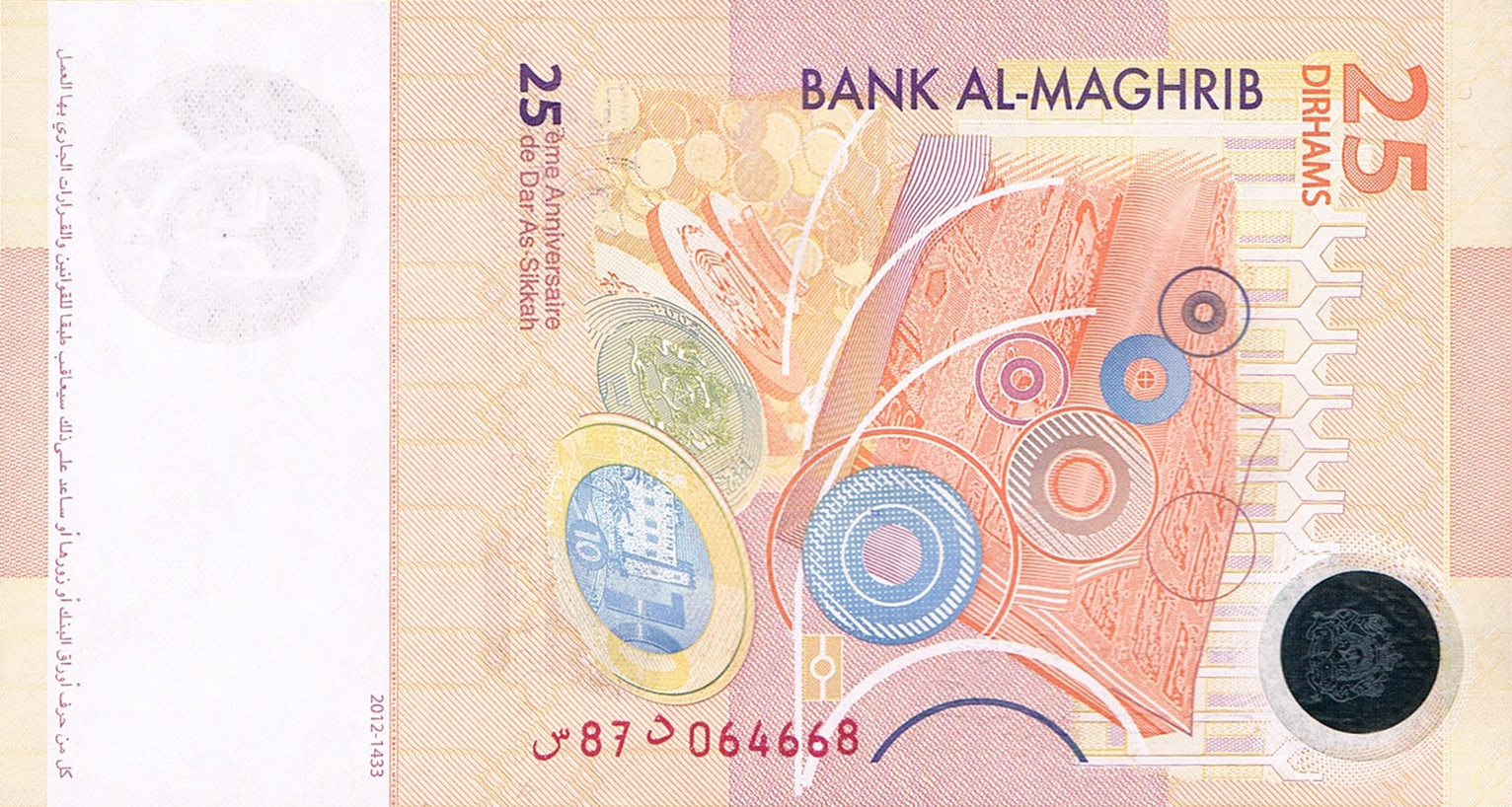 According to a press release dated 18 December 2012, Fortress Paper has announced the launch of the world’s first banknote printed on its new Durasafe substrate, an innovative paper-polymer-paper composite substrate produced at its Landqart mill. The new Swiss 50-franc note had been expected to be the first in the world to use Durasafe, but its introduction has been delayed until 2015 at the earliest due to technical difficulties encountered in the note’s production.

With the issuance of the new Moroccan 25-dirham (US$3) note in December 2012, Bank al Maghrib, Morocco’s central bank, became the first in the world to issue a banknote printed on Durasafe. The front of the banknote features an intaglio vignette and a watermark of King Mohammed VI, and a magenta/green color-shift security thread developed by Fortress Optical Features. The thread, like the watermark, is embedded inside the banknote yet visible behind a one-sided Viewsafe polymer window. It also has a fully transparent polymer window embossed with the King’s royal crest. The back of the note carries a print vignette commemorating 25 years of banknote printing at the Moroccan State Printing Works, Dar As-Sikkah.

The windows in Durasafe are formed by die cutting each side of the three layer composite substrate separately. One-sided Viewsafe windows give a clear view inside the substrate where the thread and the watermark of King Mohammed VI are protected, but fully visible behind the polymer core. The transparent Thrusafe window is created by die-cutting both the outer paperlayers to reveal only the transparent polymer core.

Chadwick Wasilenkoff, President and Chief Executive Officer of Fortress Paper, commented: “After a decade in development, we are pleased to see the fruits of our labour in the launch of the Moroccan 25 Dirhams. We have designed Durasafe to offer the ideal characteristics of polymer and traditional paper notes to create a new standard for high security banknote substrates. Fortress Paper would like to congratulate the Bank al Maghrib on the launch of their new 25 Dirham banknote and being the first in the world to produce and launch a Durasafe banknote.”