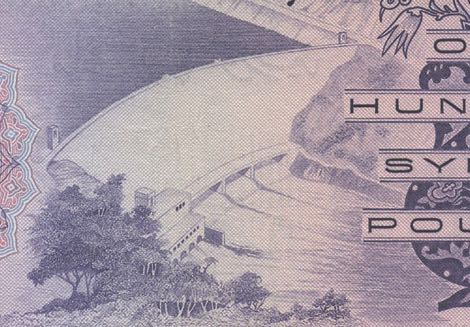 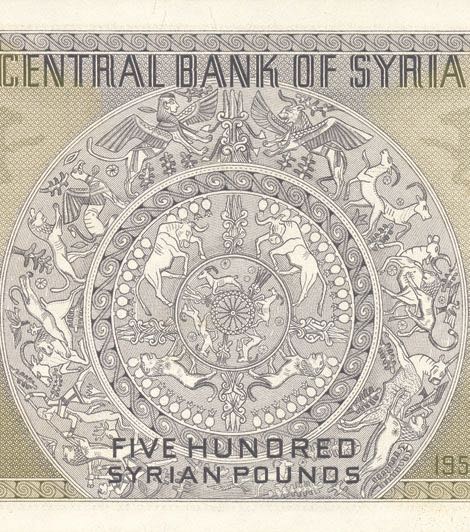 I am cataloging the Central Bank of Syria’s notes for publication in The Banknote Book, and I have been unable to identify a few items which appear on these notes.

The back of the 500-pound note dated 1958-1992 depicts something described as an ancient religious wheel.

IDENTIFIED: Gold bowl decorated with hunting/animal scenes from the Temple of Baal at Ugarit, now in National Museum in Aleppo.

If anyone has information or leads which may be helpful, please contact me with details.