By: Owen Linzmayer
In: East and Southeast Asia
Tagged: Indonesia
With: 0 Comments 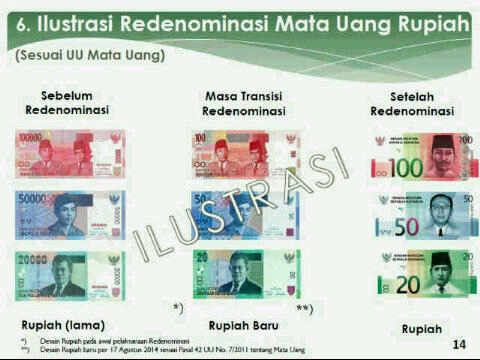 After many years of discussion, according to this article dated 22 July 2013, it appears Bank Indonesia is moving closer to issuing redenominated notes on 1 January 2014. The new notes retain the same color schemes and depict the same people as the existing notes, although the portraits are redesigned and three zeros have been removed from the denominations. The new and old notes will circulate in parallel, and the old notes will remain valid for up to 10 years. The plan still awaits approval from the House of Representatives.