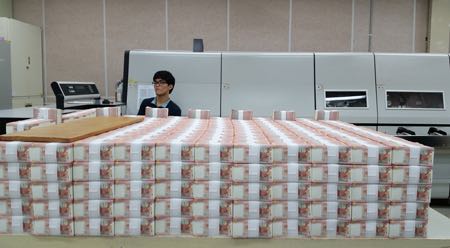 According to an article in Korea Times dated 24 June 2014, Korea Minting, Security Printing & ID Card Operating Corp. (KOMSCO) has seen its production volume halved over the past five years, and hopes to utilize excess capacity by obtaining contracts to print banknotes for other countries. Countries for which KOMSCO has produced or is producing “currencies” (may include coins, not just banknotes) include China, Indonesia, Israel, Japan, Libya, Peru, Switzerland, Thailand, and Vietnam. Last year KOMSCO won an order from Peru to produce 305 million 50-nuevo sole notes, with delivery to be completed by the end of June 2014.
2014-06-24
Previous Post: Russia not planning polymer banknotes
Next Post: Indonesia new note family from new issuer reported for introduction on 17.08.2014