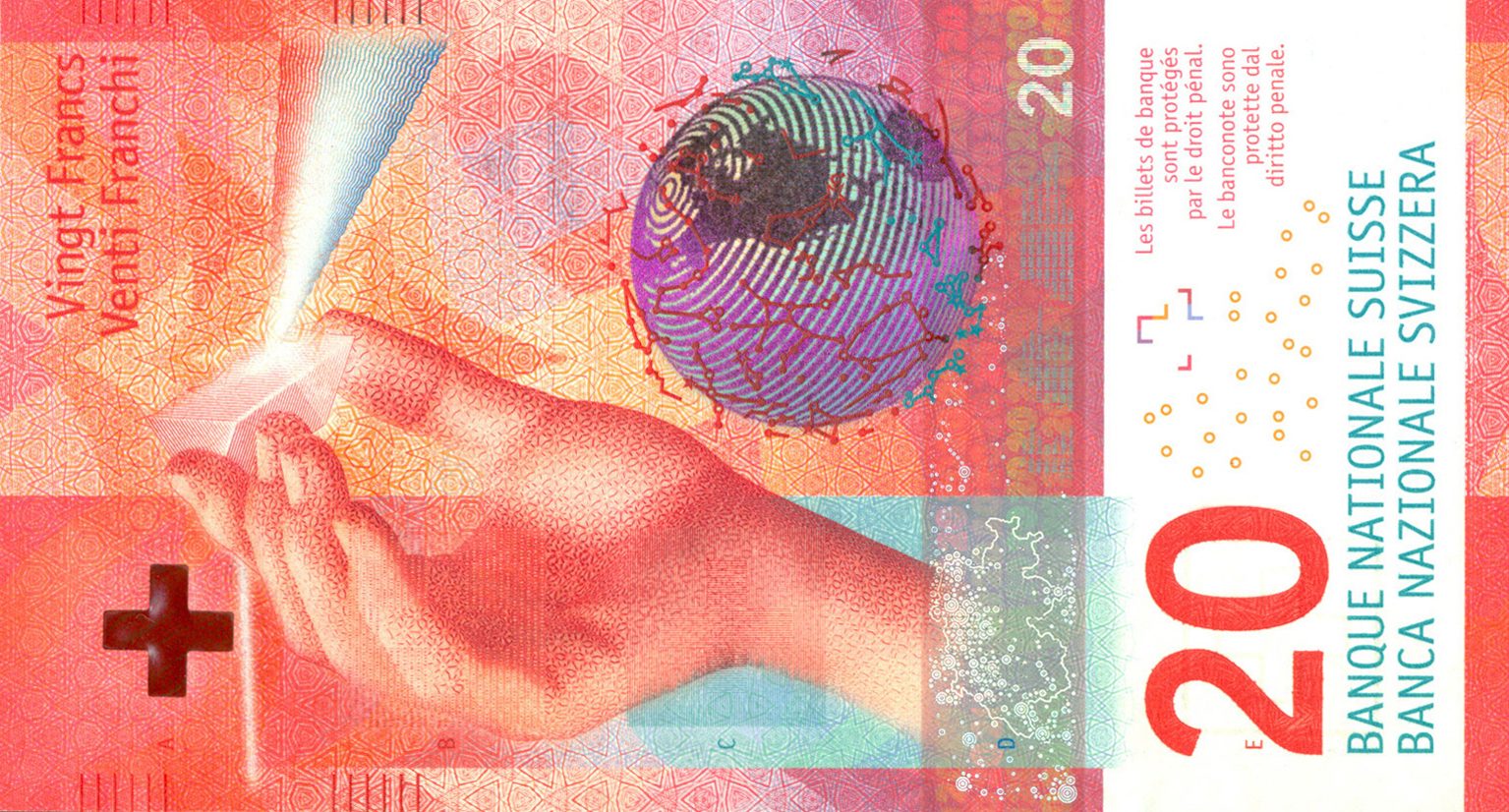 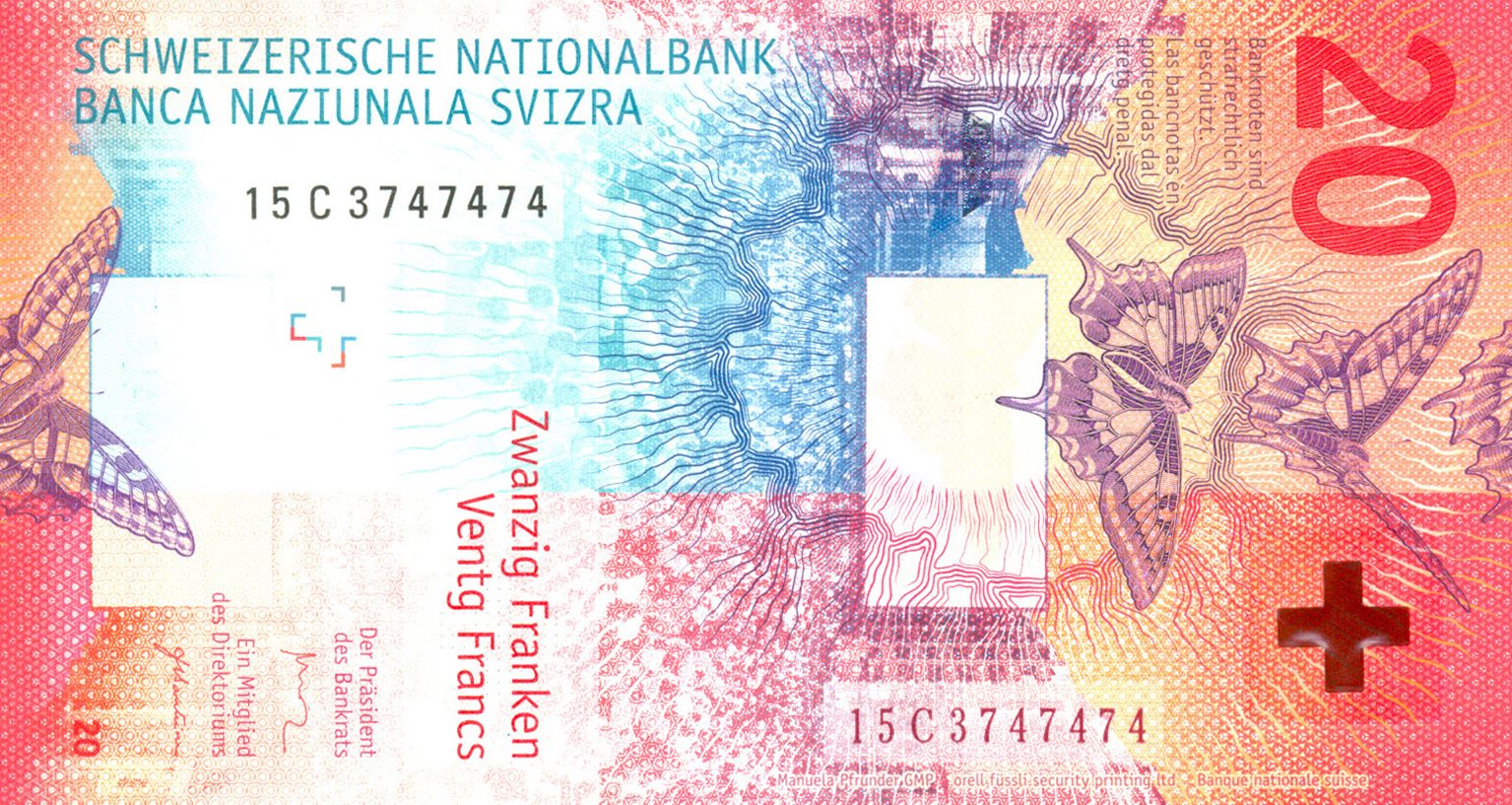 According to a press release dated 10 May 2017, the Swiss National Bank has unveiled the design of the new 20-franc note to be introduced on 17 May 2017. This is the second denomination in a new family to be released, following the 50-franc note which recently won the IBNS Bank Note of the Year 2016 award. Existing notes remain legal tender.

“The 20-franc note focuses on Switzerland’s creativity – expressed by light, the note’s key motif. Core design elements in the new series are the hand and the globe, which appear on every denomination.” The new note remains red, but is reduced in size for easier handling.

The next denomination due for release is the 10-franc note slated for 18 October 2017. The remaining notes in the series will be issued subsequently at half-yearly or yearly intervals.