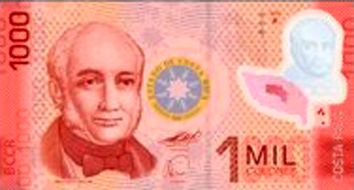 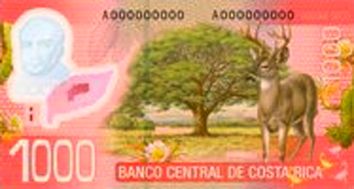 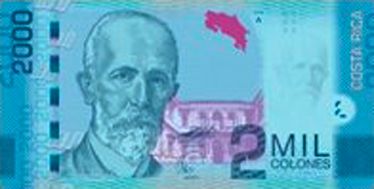 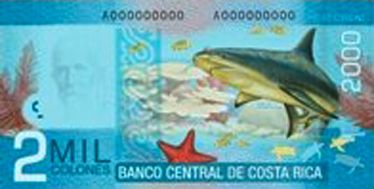 On 27 April 2010, Banco Central de Costa Rica unveiled a new family of banknotes that will replace the existing issues. The first denomination to be issued (possibly by August 2010) will be the 20,000 colones (US$39.10) depicting writer Carmen Lyra. This will be followed by the 2,000 colones in September or October, with the remaining denominations to come by year’s end, except for the 50,000 colones.

The front of each note depicts a portrait of a famous Costa Rican, and the back features flora and fauna from the six ecosystems that exist in the country. The notes are printed by Oberthur Technologies, and it appears all but the 1,000-colon denomination are protected by Crane’s windowed security thread, Motion. From the looks of it, the lowest denomination note may be printed on polymer.