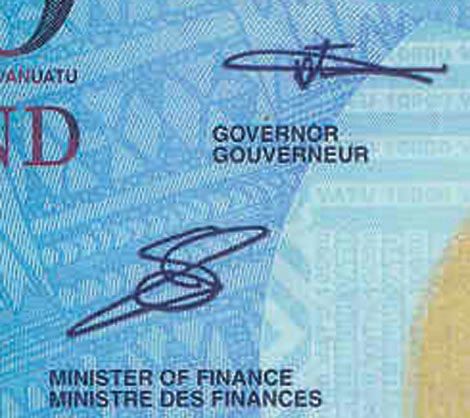 The Reserve Bank of Vanuatu began issuing a new series of banknotes beginning with a polymer 10,000-vatu (US$100) note introduced on 28 July 2010, coinciding with the 30th anniversary of independence. This is the largest denomination in the country. Governor Odo Tevi stated, “The existing note series has come under a lot of pressure over the years, particularly with regard to the lifespan and counterfeiting challenges. It is apparent that in recent years most countries in our region have modernized their currency, therefore it is considered appropriate that in athe 30th year of independence, the Reserve Bank of Vanuatu takes steps to introduce a new modernized series of vatu banknotes.” The new note carries the theme of telecommunication to reflect the recent liberalization of Vanuatu’s telecoms market. The new note was produced by Note Printing Australia.