IBNS Book of the Year: Standard Catalogue of the Provincial Banknotes of England and Wales

By: Owen Linzmayer
In: Book
Tagged: England, Wales
With: 0 Comments 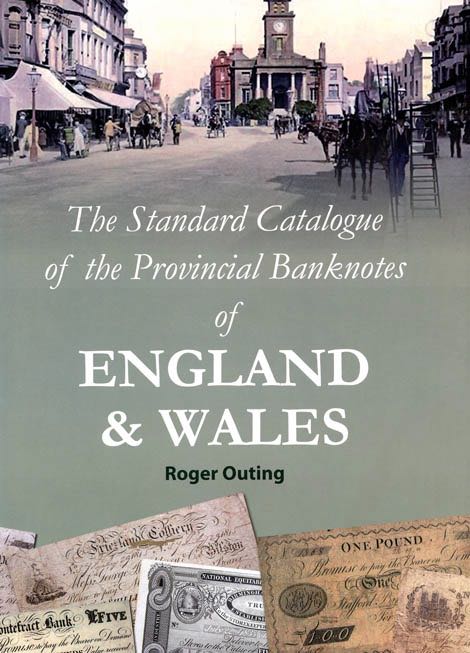 The International Bank Note Society (IBNS) has awarded its 2011 Book of the Year, for a book published in 2010, to The Standard Catalogue of the Provincial Banknotes of England & Wales by Roger Outing. The announcement was made at the Annual General Meeting of the IBNS in Memphis, Tennessee, USA in early June.

Already considered an essential guide for collectors of English and Welsh paper money, Roger Outing’s book covers a wide range of bank note and banking information. While the book carries on the pioneering work of Geoffrey Grant’s The Standard Catalogue of Provincial Banks and Banknotes, there is much more to Mr. Outing’s work. The main section of the new work is an alphabetical listing of issuing banks by town, which also incorporates the multi-branch joint stock banks. This is followed by a full listing of the London private and joint-stock banks; most of which never issued banknotes, but the comprehensive coverage is a boon for bank historians, as well as collectors of cheques and other financial ephemera. A further section lists all non-bank issuers by town of origin – mostly collieries, ironworks and the like, which issued notes in the early years of the nineteenth century. The final section covers Skit Notes, an area not previously researched in detail. Skit Notes were often prepared for advertising, entertainment or political purposes, and quite often were designed to look similar to genuine notes. While only items issued prior to 1900 are included, there are still details of some 63 ‘issues’.

The Standard Catalogue of the Provincial Banknotes of England & Wales is an impressive work – not only is the information of great value, it is very well presented. A large format, hard-back publication of 520 pages, with over 850 colour illustrations, the book has been prepared to a high standard by its publishers – Token Publishing of the United Kingdom. This catalogue and price guide is a wonderful example of the investment of time and effort into the research of paper money and the IBNS congratulates Roger Outing on a valuable achievement and contribution to the world of paper money.