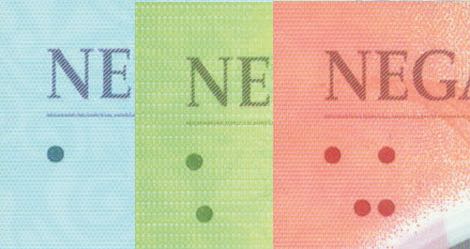 According to an article in the Brunei Times dated 9 August 2011, the dots in the upper left front corner of new polymer banknotes issed 18 July 2011 are intended to assist the sight-impaired, but they are not raised, so they can’t be felt tactilely, and they are not accurately rendered as Braille numbers corresponding to the denominations. Specifically, the spacing of the dots is wrong, and the lack the lead-in character that indicates that numbers follow.
2011-08-19
Previous Post: Canada new sig/date (2011) 20-dollar note (B368h) confirmed
Next Post: Serbia new 50-dinar note confirmed