By: Owen Linzmayer
In: Africa
Tagged: Seychelles
With: 0 Comments 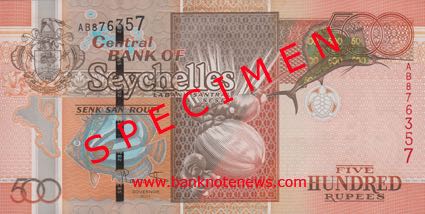 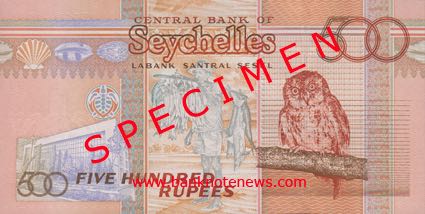 According to a press release dated 3 June 2011, the Central Bank of Seychelles issued updated 50-, 100-, and 500-rupee banknotes on 7 June 2011. The new notes have enhanced security features, revised colors, and updated designs.

The color schemes of the notes have been revised, with the notes being more green, red, and orange, respectively, than the notes currently in circulation. The new notes also carry the year of printing, as well as the signature of Pierre Laporte, the bank’s current governor. Existing notes remain legal tender and will be removed from circulation as they wear out.