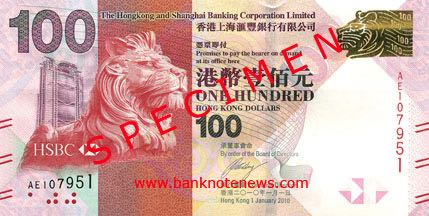 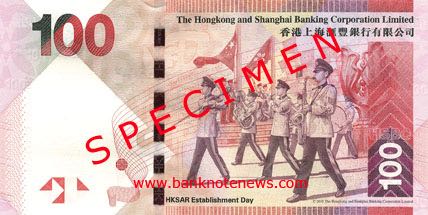 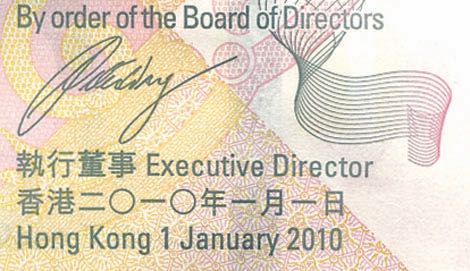 According to an article in The Standard dated 25 July 2011, the Hongkong and Shanghai Banking Corp has admitted to making a mistake in the design of its new 100-dollar (US$12.85) note which was officially unveiled on 20 July and slated for issuance between November 2011 and January 2012. The back of the note depicts the flag-raising ceremony of the SAR Establishment Day with a marching band playing in front of the Golden Bauhinia Square, where the national flag and regional flag of Hong Kong are flying. The problem is that the bauhinia flower on the regional flag was reversed from the correct orientation. The orientation has been corrected on the issued notes shown above.