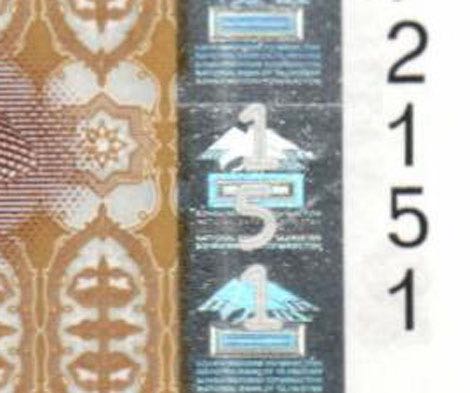 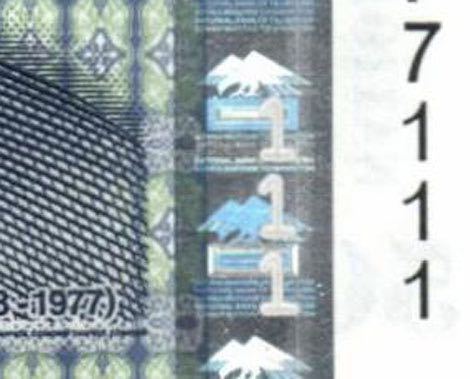 According to a press release dated 4 March 2013, on 5 March the National Bank of Tajikistan issued 20-, 50-, and 100-somoni notes with enhanced security features which include laser-etching the last three digits of the serial number into the adjacent holographic stripe. The 200-somoni note released two years ago was the first to have the laser-etched numbers.