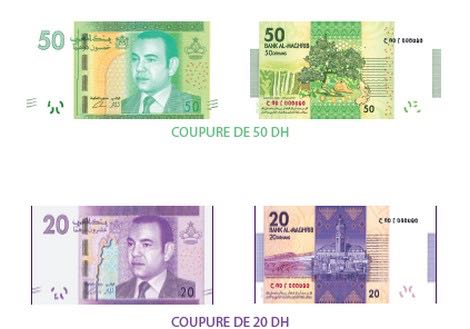 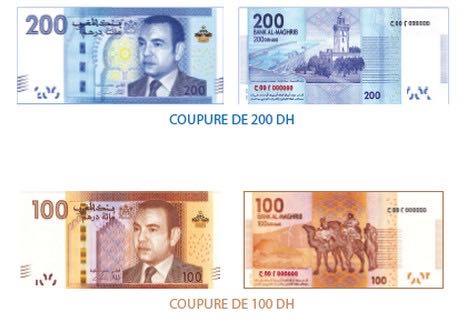 All four denominations feature a portrait of King Mohammed VI and the royal crown. Each also shows a Moroccan door to the left of the portrait, demonstrating the richness of the country’s architectural heritage, and symbolizing the openness of the country.